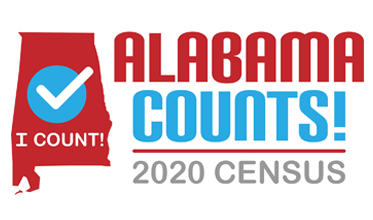 The research — which surveyed participants from all of Alabama’s 67 counties — was commissioned by Alabama Counts! and conducted by Birmingham-based New South Research.

“It’s important for us to understand each county’s odds of participating in the Census as well as accompanying motivations in order to understand how we can increase participation in apathetic areas,” said Kenneth Boswell, Alabama Counts! Chair and director of the Alabama Department of Economic and Community Affairs (ADECA). “We can be more intentional in our outreach and education efforts in areas where we see the biggest need.”

Respondents were grouped into four separate categories regarding likelihood to participate: Extremely Likely, Very Likely, Somewhat Likely and Unlikely. Alabama Counts! will place a heavy importance on the Somewhat Likely audience in terms of outreach and education efforts.

“Historically, around 60 percent of Alabamians have responded to the U.S. Census, and that number lines up with people that said ‘Extremely Likely’ and ‘Very Likely’ in our research,” said Boswell. “People that were ‘Somewhat Likely’ are the ones on the fence that we need to motivate to be counted. We have to share with them that it’s safe, quick, easy and matters a great deal to their community.”

A notable 43 percent of all counties polled indicated the primary factor deterring individuals from completing the Census was lack of understanding of its importance or use.

“What this tells us is that regardless of region — whether rural or urban — people need a greater understanding of what’s at stake for Alabama in regard to the Census, as education will heavily influence their decision to fill out their forms,” said Boswell. “Our job is to tell the Census story and why it should matter to every Alabamian.”

For instance, 41 percent of respondents believed it would take more than 12 minutes to fill out their Census — with 38 percent reporting that they were unsure of the time investment. In reality, there are only 10 questions for a head of household and six per additional person. Ultimately, participation should take five minutes or less.

“No matter where you live, the thought of our state losing federal funding for things like education, infrastructure or community initiatives is a daunting one,” said Boswell. “We have to show individuals that even if they think their participation won’t matter — it will. And for generations to come.”

Despite varying motivations, an impressive 63 percent of all respondents say participating in the Census it will strongly benefit their community and 69 percent say it matters a great deal that they personally are counted.

This marks the first Census in American history in which participants can fill out their forms online. In today’s digital world — and with technology at so many Americans fingertips — research among Alabama shows surprising results for this new era in Census recording.

When analyzing the positive or negative effect of moving the Census online by county, 67 percent — 45 of the state’s 67 counties — showed a negative impression.

“There could be many reasons for this, including distrust of providing online personal information or distrust in a new federal method,” said Boswell. “Regardless, people need to know they can still take the Census via historically tried-and-true methods.”

Beginning on or around March 13, 2020, each Alabama household will receive a postcard from the U.S. Census Bureau with instructions for how to complete the 2020 Census. Alabamians may respond in three ways: online, telephone or traditional paper form.

Alabama Counts! will continue to ramp-up both outreach and education efforts at the state level as the mid-March 2020 Census launch takes place, with a heavy focus through May to encourage Alabamians to self-respond to the census.

“We encourage everyone to respond during the initial period in the spring,” Boswell said. “The Census form is simple to complete, and the data provided is private and protected by law.”

The Alabama Counts! 2020 Census Committee is an advisory group composed of public and private statewide organizations committed to working together to ensure each Alabamian is counted in the 2020 Census. Alabama Counts! builds trust in communities and promotes the 2020 Census. Through these efforts, we are striving for maximum participation in every community across the state.