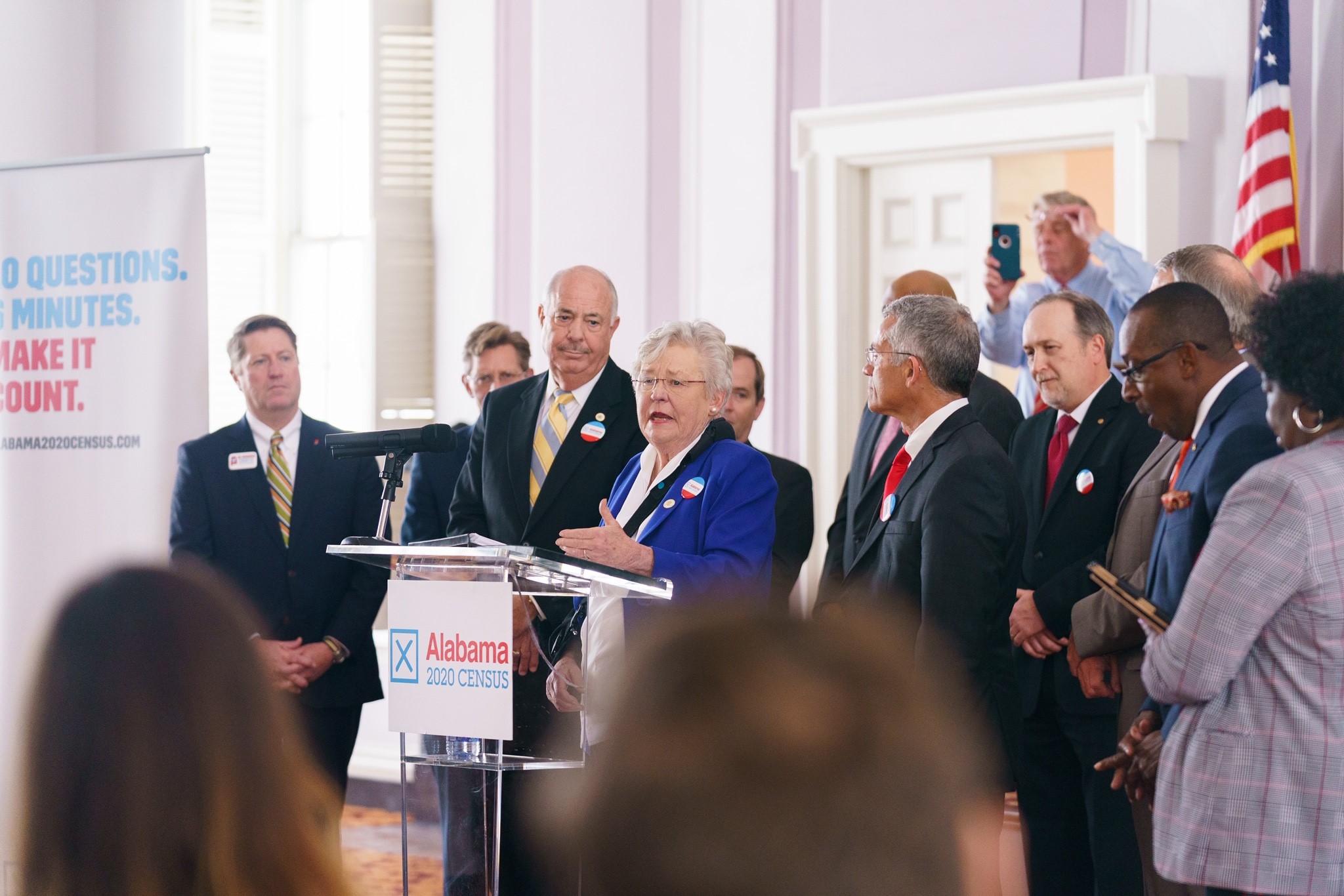 Alabama has grown to a total population of 5.03 million and will retain its current number of seven seats in the U.S. House of Representatives for the next 10 years, according to the first data released from the 2020 Census.

The U.S. Census Bureau announced the statewide population totals and Congressional apportionment results for each of the states Monday afternoon as part of the first release of data collected during the 2020 Census. Alabama’s statewide total population has increased from the total population of 4.8 million in the 2010 Census.

“This data reveals what we’ve known all along – Alabama is a great state to call home, and many are choosing to do so,” Governor Kay Ivey said. “I am extremely pleased that we will keep all seven of our current seats in the U.S. House to provide valued and needed voices to advocate for our state and our people for the next 10 years. Our success in the census was certainly a group effort across the entire state, and I offer my heartfelt thanks to everyone who played a part.”

Throughout the 2020 Census, Governor Ivey led efforts in alignment with the Alabama Department of Economic and Community Affairs and the Alabama Counts! 2020 Census Committee to ensure participation numbers statewide reflected a proper Alabama representation.

ADECA’s efforts started in 2017 and continued with the Alabama Counts! Committee, a dedicated team effort of hundreds of individuals and groups working together since August 2018. The effort included a multifaceted campaign throughout 2020 that included grassroots outreach, public events and advertising.  The effort was forced to adjust strategies and tactics several times due to the COVID-19 pandemic.

“This was by far the most time and resources that Alabama state government has ever given toward a census count, and I am happy that our efforts and hard work have paid off,” said Kenneth Boswell, chairman of the Alabama Counts! Committee and director of ADECA. “Thanks to the leadership of Gov. Ivey and the dedicated work of all our many partners at all levels, we have succeeded in achieving an accurate count and fair representation.”

Among the state’s key successes in 2020 Census response period were:

The data released on Monday is limited to statewide populations totals only. The more detailed county, city and census tract level data needed for legislative redistricting will be released in August and September, according to the Census Bureau.

More information from the Census Bureau is available here.