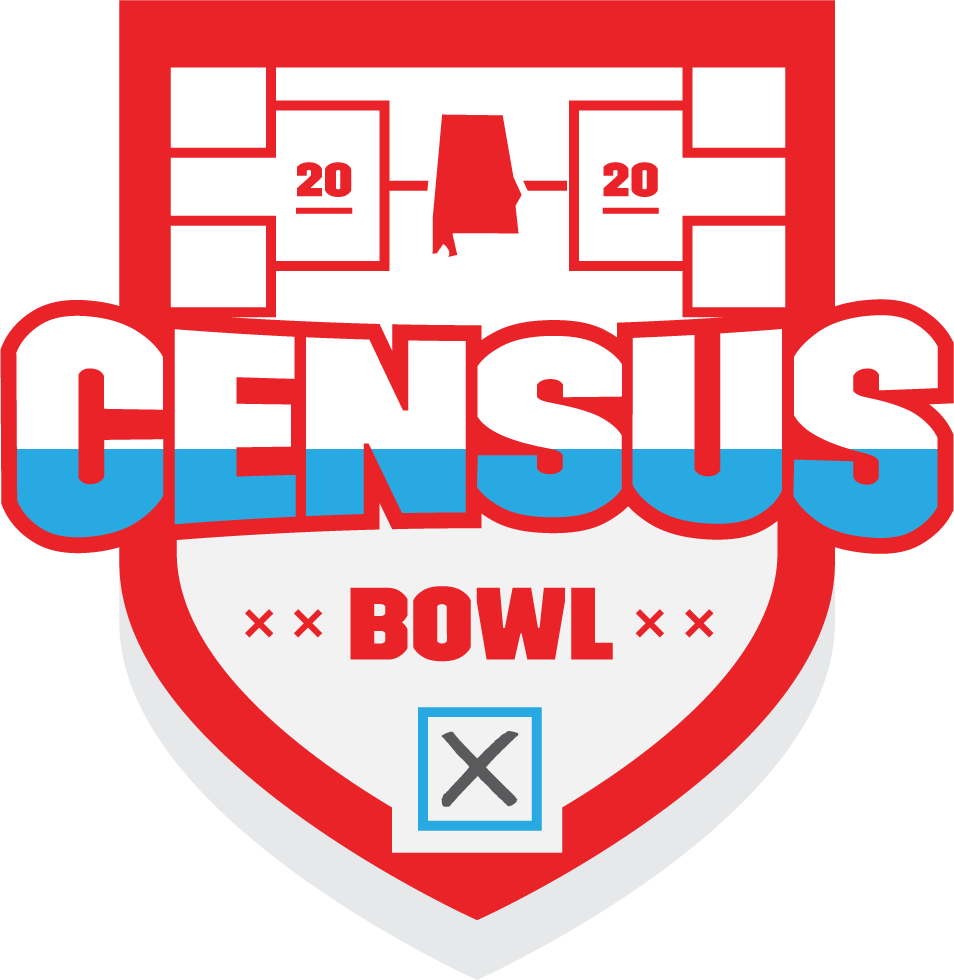 The Alabama Department of Economic and Community Affairs (ADECA) and Alabama Counts! announced today that it will launch a Census participation competition — deemed the Alabama Census Bowl — on Sept. 2 among 32 counties throughout Alabama with low self-response rates. The competition will last for four weeks, ending Sept. 30, the final day that households across the state and nation can participate in the 2020 Census. Winning counties can receive up to $65,000 to benefit their public school systems.

Counties will compete in a March Madness-style, head-to-head challenge, with counties facing off against others in a weekly bracket system – with 16 counties in the East Bracket and 16 in the West Bracket. Only the counties with the biggest increase in self-response rates for that week will advance.

“We are close to the final buzzer on Census 2020, and the Alabama Census Bowl is an excellent way to drive our state’s self-response rate up — all while benefiting public schools,” said Kenneth Boswell, Alabama Counts! Chairman and ADECA director.

“This is a unique way for counties to raise money for their schools, which can help with programs and projects benefiting deserving Alabama students,” added Boswell. “The grants can be used toward things like new technology, supplies or materials for classrooms.”

For more information and to view the official bracket, please visit alabama2020census.com/census-bowl.